By Robert Spencer, Jihad Watch – “We’re constantly told that no Muslims, not one, in the West believe that Sharia and the caliphate should be extended to Western non-Muslims. We are ordered to believe this on pain of charges of ‘Islamophobia.’ Mohammed Malkawi must not have gotten the memo to keep mum about this sort of thing.

‘Founder of Hizb Al-Tahrir in Chicago: The Caliphate Is Coming, and Britain and America Can Go to Hell,’ from MEMRI, June 21:

Following are excerpts from a speech delivered by Professor Mohammed Malkawi, which aired on Al-Jazeera TV on June 21, 2013.Professor Mohammed Malkawi: After Islam had reached the peak of glory and the Muslims were masters of the world, there came a time when the infidels conspired against the Muslims, who were in a deep slumber. Britain conspired against them, along with Arab and Turkish collaborators and traitors, and ended the… 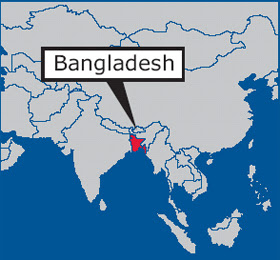 AsiaNews – “The latest municipal elections in Bangladesh marks a turning point in the country’s politics. The Awami League (AL) lost everywhere: in Sylhet, Barisal, Rajshahi, Khulna and Gazipur. Candidates running for the main opposition Bangladesh Nationalist Party (BNP) won in every city where elections were held, taking control from the ruling secular-oriented AL.

Two factors explain THE shift. On the one hand, corruption is rampant within the Al; on the other, religion has been used for political ends. It is unclear though, which played the greater role.

For many commentators, the ruling party’s arrogance and thirst for power turned voters against it, beginning when it came to power by forcing out the caretaker government that is legally in power before elections.

Prime Minister and Awami League leader Sheikh Hasina has also been accused of corruption and of doing nothing about the heavy-handedness of her party’s youth league.