We Wrestle Not With Flesh and Blood 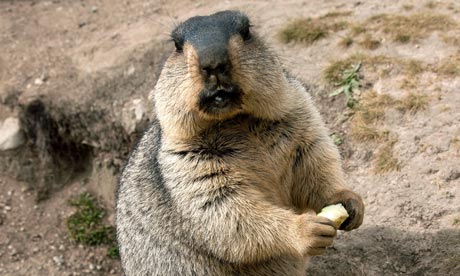 Health officials fear an outbreak of bubonic plague in central Asia after a teenage boy died from the disease and three more were admitted to hospital in Kyrgyzstan.

Temirbek Isakunov, a 15-year-old from a mountain village near the border with Kazakhstan, reportedly died from the disease last week after eating an infected barbecued marmot. Kyrgyzstan’s emergency ministry said a young woman and two children from a different village who came into contact with Isakunov were hospitalised on Tuesday with the high fever and swelling around the neck and armpits characteristic of bubonic plague, local news outlets reported.

A total of 131 people, including 33 medical personnel, have been quarantined, although none…

I Am Not Ashamed Of The Gospel Of Christ!

As talk and rumors of an impending Western attack against Syria mount, a top Syrian official said Monday that if attacked, his country would react – against Israel.

Speaking to an Arabic-language radio station operated by the United States, Syria’s Deputy Information Minister Halaf Al-Maftah said that Israel would face not only Syria in the event that the US, Britain and France attempted to unseat Bashar al-Assad. A coalition consisting of Iran, Iraq, Lebanon, and Syria would respond to any attack against Assad with a response against Israel. In addition, terrorist groups in Syria and Lebanon would attack Israel with full force.

Al-Maftah added that Syria has “strategic weapons” that it would use in its attack on Israel. He did not specify what those weapons were.

“Syria is ready to deal with all scenarios,” said Al-Maftah. “We consider these declarations of a possible attack as a form of psychological warfare…