We Wrestle Not With Flesh and Blood

Marzulli is also the author of the non-fiction work, Politics, Prophecy & the Supernatural. The book packs a hard hitting expose of how the current political landscape may bring about ancient Biblical prophecies, which then may trigger supernatural events that are foretold in the book of Daniel and Revelation.

The Alien Interviews, features 17 personal, intense interviews with people who have been directly involved with the UFO phenomena. The book was written for the skeptic with various world-views presented as to what these phenomena may be.

August 29, 2013– FRANCE – The French military is ready to commit forces to an operation in Syria if President Francois Hollande decides to do so, the defense minister said Thursday. But the chief of state, who met with the head of the Syrian opposition, stopped short of announcing military intervention over a suspected chemical weapons attack. Hollande offered his political and humanitarian support for the Western-backed Syrian National Council, but said the group will only be a viable alternative to Syrian President Bashar Assad if it has military credibility — and if the international community can stop the spiral of violence. The United States, France and Britain are believed to be preparing possible military action against Assad’s regime after an apparent poison gas attack in Syria on Aug. 21. U.N. experts are currently in Syria investigating the attack. “The Armed Forces are in a position to respond to… 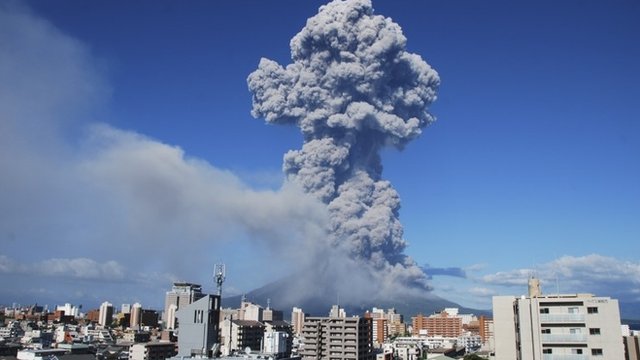 August 29, 2013– JAPAN– It’s been erupting constantly for nearly 60 years, spewing out smoke and ash and sending shivers through the more than half a million people who live nearby. Japan’s Sakurajima volcano recently blasted 100,000 tons of ash more than five kilometers into the sky, reminding surrounding communities of its power and volatility. Volcanologists warn that the magma chamber beneath the mountain is about 90 per cent full, meaning that a large lava eruption cannot be ruled out. The ABC’s North Asia correspondent Mark Willacy traveled to Sakurajima in south-west Japan to see how people live with this rumbling giant. In legend, this belching giant was named for a beautiful goddess, the divine being venerated as the symbol of delicate earthly life. But Sakurajima is anything but delicate. It is the mother of all Japanese volcanoes. Sakurajima is one of the world’s most active volcanoes. Some…