Qur’an Sura 9:111a, “[Allah] hath purchased of the believers [Muslims] their persons and their goods; for theirs (in return) is the garden (of Paradise): they fight in His cause, and slay and are slain …” 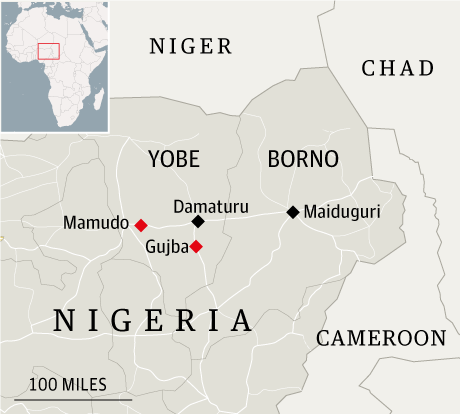 By ADAMU ADAMU and MICHELLE FAUL, ABC News – “A 5-hour battle between Islamic extremists and army troops in the capital of Yobe state killed at least 127 people, all but two combatants, according to reports from army and police officers that raise doubts about military claims that they have the upper hand in Nigeria’s fight to halt an Islamic uprising in the northeast.

The stench of rotting corpses from the morgue hung over Damaturu Specialist Hospital on Tuesday, where a reporter counted 31 bodies identified as those of extremists.

Details still are trickling in about the attack, which militants began at…