T – “Outdoor radiation levels have reached their highest at Japan’s Fukushima nuclear plant, warns the operator company. Radiation found in an area near a steel pipe that connects reactor buildings could kill an exposed person in 20 minutes, local media reported.

The plant’s operator and the utility responsible for the clean-up Tokyo Electric Power Company (TEPCO) detected record radiation levels on a duct which connects reactor buildings and the 120 meter tall ventilation pipe located outside on Friday. TEPCO measured radiation at eight locations around the pipe with the highest estimated at two locations – 25 Sieverts per hour and about 15 Sieverts per hour, the company said.

This is the highest level ever detected outside the reactor buildings, according to local broadcaster NHK. Earlier TEPCO said radiation levels of at least 10 Sieverts per hour were found on the pipe.

December 9, 2013 – MINERAL WELLS, TX— North Texas has had another earthquake in the same general area where more than a dozen minor quakes were recorded in November. The U.S. Geological Survey says a 3.7 magnitude earthquake happened at 3:23 a.m. Monday and was centered about 11 miles north-northeast of Mineral Wells. The Parker County Sheriff’s Office did not immediate have any reports of damage or injuries. Other recent minor earthquakes happened in the Reno and Azle (AY’-zil) areas, about 20 miles northeast of Fort Worth. –WFAA

Oklahoma rattled by 4.5 tremor: A magnitude-4.5 earthquake in central Oklahoma shook residents Saturday, just weeks after the two-year anniversary of the strongest earthquake ever recorded in the Sooner state, and was followed by two smaller temblors later in the day. The shaking is increasingly commonplace in the state, so after the initial surprise, customers at a central Oklahoma… 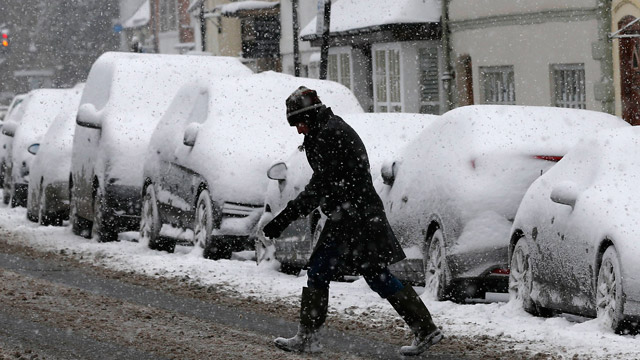 December 9, 2013 – LONDON– KILLER freezes, floods and heat-waves will devastate Britain during the next 30 years, climate ­experts have warned.Many people could die as extreme weather becomes common. There will be more freak winds like the October storm, which killed four people. Heat-waves will be lethal and the sea level will rise, leaving coastal towns at risk of being swamped by storm surges. Sir Brian Heap, president of the European Academies Science Advisory Council, said he felt “obliged” to issue the warning after a new study by the Intergovernmental Panel on Climate Change. It comes on the back of Typhoon Haiyan in the Philippines, which has killed more than 5,000 people. Sir Brian said: “Given the tragic events this year in the rest of the world and the recent IPCC report, EASAC feels obliged to draw attention to the growing impact of extreme weather in Europe.”…