I will kill you.

Richard Seed Quotes: ‘We are going to become Gods, period. {Through advancing technology.} If you don’t like it, get off. You don’t have to contribute, you don’t have to participate, but if you are going to interfere with me becoming a God, you’re going to have trouble. There’ll be warfare.’     TechnoCalyps – Part II – Preparing for the Singularity (2008-11-14) 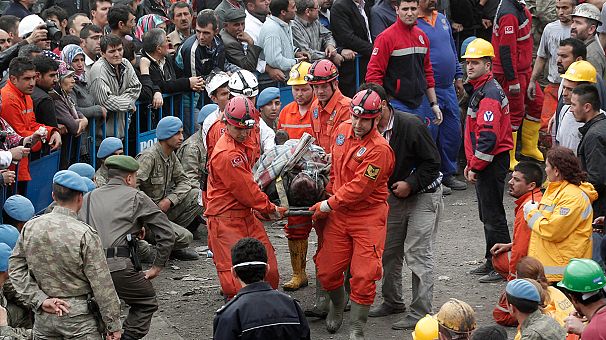 May 2014– TURKEY– The death toll in a coal mine disaster in western Turkey increased to 274, with 80 more injured, Prime Minister Tayyip Erdogan said Wednesday after visiting the mine in Soma, southwest of Istanbul.  Erdogan also told reporters Wednesday that 120 workers are believed to remain trapped in what could be Turkey’s worst ever industrial disaster. Postponing a trip to Albania, Erdogan instead travelled to Soma district of Manisa, site of the disaster and home to some 16,000 miners, where he met with authorities handling rescue operations and grieving family members.  According to some reports, relatives and friends of the missing continue to await updates outside the stricken mine, but hope is fading for up to 200 miners still trapped inside. At the mine, Turkish Energy Minister Taner Yildiz says although oxygen is being pumped into the mine, which is more than a kilometer deep, rescue…