Looking for the Blessed Hope 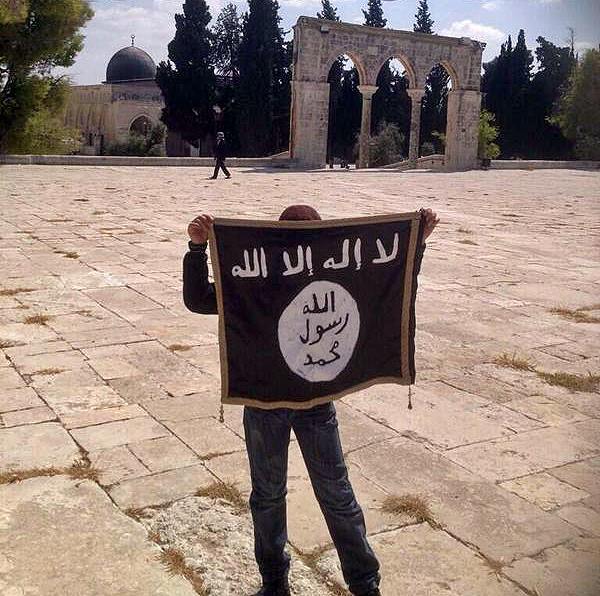 According to Israeli media, thousands of ISIS supporters rallied on Temple Mount during a Muslim prayer session on a recent Friday, indicating it is “only a matter of time” before they reach Palestine to join the fight against “barbaric Jews”.

Meanwhile, Israeli intelligence has reported that at least 10 Israeli Arabs have joined the Islamic State (ISIS), raising concerns that they could return to carry out attacks inside Israel.

While ISIS continues its rampage of brutal carnage in Syria and Iraq, recruitment of militant radicals to join its forces is happening all over the world.  ISIS boldly murders American journalists publically, while massacring thousands of Christians (and other who oppose radical Islam) every day.  Yet, the US administration still has no strategy.  While the world observes another gigantic “disconnect” in US foreign policy, the US continues to accelerate down the slippery slope of world respect and power.

September 2014– ARIZONA – A major storm packing heavy rains pounded the Phoenix area early on Monday, forcing schools to cancel classes and closing roads including sections of two major freeways. The downpour brought chaos to the morning commute for many, turning some highways into lakes, with officials saying parts of both Interstates 10 and 17 were shut to traffic. Arizona Governor Jan Brewer declared a statewide emergency for areas affected by the severe rainfall and flooding. “Non-essential state employees should stay home today. If you must travel, please do so with caution & BE SAFE!”A record-setting 3.29 inches of rain landed on Sky Harbor International Airport, beating the 2.91 inches that fell in September 1939 for the most rainfall in a single day in Phoenix.  One city on the southeast outskirts of Phoenix saw more than 5-1/2 inches of rain. “We’ve made it through the worst,” Mark O’Malley…

It is indeed sad that so many marriages end in divorce, and for piddly reasons much of the time. We are a throw away culture/society and always looking for the latest and newest thing. It is tragic that there seems to be no distinction between “Christian” marriages and “secular” ones either.

Making A Dent in The World: One Child at A Time

Disclaimer: Before I start this post I want to start out by saying this is strictly my opinion and I am generalizing divorce. I absolutely believe in separation of divorce when their is spousal or child abuse and even some cases of adultery (when it goes unrepentant and the spouse has not intention of turning from his/her ways and making amends).

So last night I was scrolling through my Facebook feed and I saw someone posted this article called, “11 Reasons Men Leave Their Marriages”, if you want to read this article click here. The title alone made me sad but then as I read the reasons these men gave I became even more sad and it just caused me to want to share some of my thoughts and feelings on this issue. I apologize in advanced if this becomes a rant post.

As I read through the reasons…