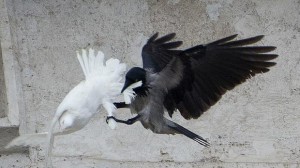 By the Blood of the Lamb

ObamaCare Architect Jonathan Gruber confirms they lied to fool the people to pass the bill because ‘Americans are too stupid” to accept and understand the truth.

He confirms they lied to pass ObamaCare because Americans are ‘too stupid’ – not once, but multiple times on different occasions.

Does that piss you off?

Apparently not.  Most Americans have no idea what was done to pass an unConstitutional, bogus infringement on your life.

Just imagine, that during an “off-thecuff” press conference, former President Bush said that his Administration had to lie to the American people about WMDs in Iraq to get us into war over there because we were “too stupid” to know what was good for us.  The press, the media, the Left would go bonkers and the streets would fill with violent protests.

For some reason, I’m not that surprised.