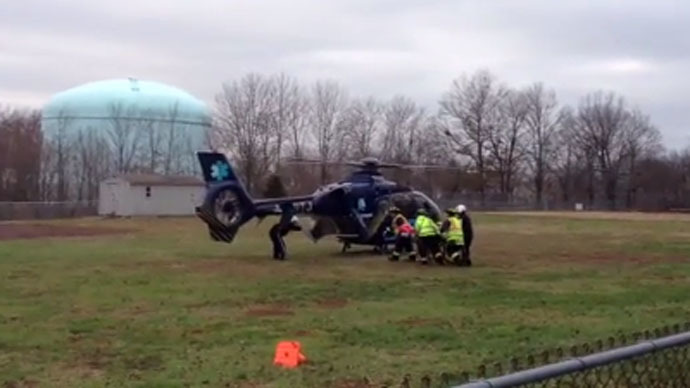 The first shooting was reported at 3:55 a.m. Monday in Lower Salford Township, about 45 minutes northwest of Philadelphia. Police found a woman shot to death at the location, WPVI reported. Forensics investigators from Montgomery County could be seen investigating a unit there, and two bullet holes were visible, according to WCAU.

Half an hour later, at 4:25 a.m., police were called to a shooting in Lansdale, where they discovered two more people who had been shot and killed. A SWAT team responded to the scene, but drew back after nearly three hours. Police did not release any information about the gunman at that time, the NBC affiliate said.

Two more people were discovered shot to death in Souderton on Monday morning. Shortly after 2…