As millions of people dig out and recover in the wake of the Blizzard of 2016, many are wondering when the next snowstorm will hit. Another storm bears watching on Friday.

Communities still digging out from the blizzard in the mid-Atlantic and far southern New England will welcome a break from accumulating snow through Thursday.

A weak system passing through the region could bring a touch of drizzle and spotty freezing rain on Tuesday that could end as flurries on Wednesday.

The system to watch for a new round of potential major travel disruptions will form in the Gulf of Mexico on Wednesday. The exact track of the storm will determine whether a swath of more disruptive snow spreads across the Northeast or remains offshore.

According to AccuWeather Senior Meteorologist Alex Sosnowski, “That storm will track northeastward over the Atlantic Ocean and rapidly strengthen during the latter half of the… 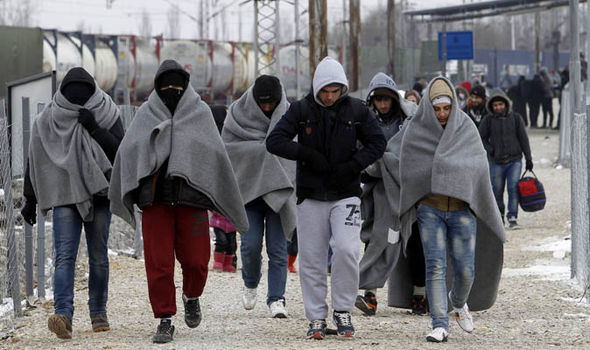 Ailing Brussels staggered ever closer to its own grave with the announcement the flagship Schengen agreement, for so long thought indispensable, is being shelved because of the refugee chaos.

Nations are now set to reimpose border controls for the first time in more than 30 years, effectively killing off Brussels’ dream of creating a European superstate to rival America and China.

A number of EU heavy hitters have lined up in recent weeks to warn Schengen was vital to the survival of the 28-nation bloc, which is paralysed by indecision and facing extinction over its failure to control the flow of millions of migrants into the continent.

But leaders, under pressure from increasingly Eurosceptic electorates have ignored their pleas, and the landmark free movement agreement is now set to be suspended for at least two years.   Continue to Article

Up to 40,000 people are expected to contract the disease in the Ukaine capital Kiev, where residents are covering their faces with masks or scarves.

Schools have been closed for more than a week and some public gatherings have been banned as authorities struggle to head off the outbreak.

The Ukrainian health ministry has confirmed 72 swine flu deaths, of which 47 were in the past week. Read article