Seriously, I’ve never heard of The Daily Rash. Perhaps it is a satire. I have heard of Hardball and this unbelievable article is supposed to be a transcript from a recent interview Chris Matthews had with Hillary and Chelsea.

IF it is true, and not a colossal joke, then I believe “Madame Secretary” has sunk to all-time low.  Not only blaming her daughter (I don’t believe for a minute Chelsea did this), but also using her so-called PPD as a campaign platform? Unbelievable.

Somebody, please, tell me this is a joke!! 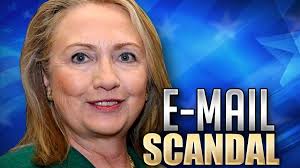 The State Department announced Friday that it would finally release 2,000 pages of Clinton’s controversial  emails but would suspiciously delay the final group of emails until after the New Hampshire primary. And the FBI would let her get away with that? Oh, I almost forgot, the FBI is too busy executing innocent, unarmed people in Oregon instead of dealing with real criminals in the District of Criminals. I am sure that given enough time, they will eventually stop killing the innocent and begin to prosecute habitual criminals such as Hillary Clinton.

Senator Mario Rubio recently stated that “There’s no question, she (Clinton) knew she had a responsibility and she circumvented it. She circumvented it a second time when she knowingly let highly-classified material get into emails in an unclassified format… charges against Clinton are unlikely under President Obama’s administration.”  Darrell Issa (R-Calif.) Issa told The Washington Examiner that the FBI likely has enough evidence right now to indict Hillary Clinton, but the FBI director is playing politics to keep his job. Surely, Obama will immediately fire anyone who dares to prosecute anyone from his administration. Continue Reading….