What are Democrats to do when they can’t make same-sex marriage the law of the land in America by going through the legislative process?

Count on the U.S. courts and president to do it for them, of course.

At least that’s according to House Minority Leader Nancy Pelosi, D-Calif., who declared Thursday that the Supreme Court handed America a victory on same-sex marriage that Democrats “couldn’t get legislatively” but had to be achieved through “the courts.”

“Just to place where we are in context from the standpoint of Congress, when we came into the majority we had four points, it was a four-legged stool of what we wanted to accomplish,” Pelosi said at a press conference at the U.S. Capitol that promoted HR 3185, known as the Equality Act, legislation that amends the Civil Rights Act of 1964 to include sex, sexual orientation and gender identity as protected classes from “discrimination or segregation in places of public accommodation.”

As the first item on the four-point agenda, Pelosi said her party desired a “fully inclusive hate crimes legislation,” and the Matthew Shepard and James Byrd Jr. Hate Crimes Prevention Act was pushed through in 2009 and ….

GRAYSON, Ky. — Rowan County Clerk Kim Davis has been released from jail, five days after she was held in contempt by a federal judge amid an escalating standoff over marriage licenses.

Davis was jailed at the Carter County Detention Center on Thursday after she refused to issue licenses to same-sex couples. The following day, her deputies began issuing the documents in her absence.

As a condition of her release Tuesday, U.S. District Judge David Bunning ordered Davis not to interfere with the issuing of marriage licenses by her office. Continue reading Washington Post article

I said in Part One that the next post was going to be about my personal interpretation of marriage as laid out in the Bible. I also said I was not going to comment on Kim Davis other than to point out her case is what got my wheels a turning about worldviews and marriage. Well, I have to retract that. After much prayer, consideration and a little research I have decided I must issue an opinion.  To remain silent is not an option any longer. It never was, I just didn’t realize it at first.

I was all set to do as I planned but then a kind reader left me a couple of comments that need addressing. I hope I can make myself clear without taking up too much of your reading time. 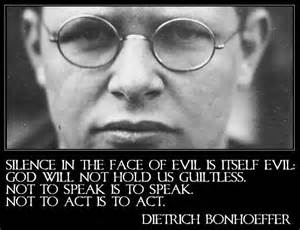 The topic of worldviews is interesting, Habermas explains it as “self knowledge”, but that is not enough to build a society, surely democracy is. If everyone acted solely upon their own ‘worldviews or ‘self knowledge’ one could say a psychopath is ok to act on his murderous impulses because he wants to, and one should respect his ‘worldview’. In terms of society, that is not enough, and democracy and laws take a stronger place on the list of considerations than someones worldview. As much as it might restrict us, it also protects us form anyone just doping anything under the premise of their own worldview, self knowledge or individuality. I look forward to hearing your response 🙂 Thanks for responding

Where to start? Okay, yes worldviews can and do shape and build societies. Our founding fathers, though they may have disagreed on particulars, for the most part had a shared worldview. It is this worldview that drafted the Declaration of Independence and the Constitution. Monarchies and dictatorships are governed by someone’s worldview. Laws are established by someone(s) worldview. Worldviews include a moral code and it is that moral code that dictates what is lawful and unlawful. Sometimes worldviews share similarities. “Murderous impulses” are generally viewed as not okay by most worldviews. Is it really necessary to explain that further?

Secondly, “As much as it might restrict us, it also protects us form anyone just doping anything under the premise of their own worldview, self knowledge or individuality.” Some might argue that is precisely what is happening to Kim Davis. What they say she is guilty of, they also do.

The problem with Kim Davis is not one of two worldviews opposing, it is a legal one. Respect for the law is an important democratic principle to uphold. Please watch the video, and maybe tell me what you think 🙂 have a good day.
http://chrishernandezauthor.com/2015/09/06/brief-thoughts-on-kim-davis/

Again, the reader says to respect the law is an important democratic principle to uphold.

I cannot disagree with that, but Ms. Davis isn’t the one guilty of not respecting the law. It is, one could argue, in fact unlawful for her to be in federal jail right now.  Let’s take a look at what is going on here:

In Obergefell vs Hodges, the Supreme Court studied and reviewed Section One of the 14th Amendment.

In short, the five judges in the majority decided this applied to same-sex couples having the right to be deemed legally married if they so wished. They (same-sex couples) are not to be deprived of the liberty to marry and the benefits that accompany marriage.

Kim Davis, a county clerk in Kentucky, made the decision to not issue marriage licenses after this ruling, citing gay marriage as being contrary to her religion. When faced with the decision to defy the opinion of five judges or defying her God, she chose to defy man. She is now in jail because of it.

Some say that is where she belongs; but is it really?

First of all, she has the right to honor her religion and the first amendment protects her from the government infringing upon her religion.

First Amendment: Congress shall make no law respecting an establishment of religion, or prohibiting the free exercise thereof; or abridging the freedom of speech, or of the press; or the right of the people peaceably to assemble, and to petition the Government for a redress of grievances.

Ah yes, but she is a government official and it is her job to issue marriage licenses. Look, 1.When she sought and obtained the position of county clerk of Rowan County, marriage licenses were issued to heterosexual couples exclusively. The “rules” of the game were changed while she was in office. My guess is she would not have sought the position if that were not so. 2.The first amendment protects her right to refuse to dishonor her religion. Her being jailed because of her religion is unlawful because the courts are prohibiting her free exercise thereof. Yeah, but, what if a radical Islamist kills his wife and cites his religion are you saying he should not go to prison? No. Murder infringes upon the rights of someone else (the right to life). The gay couples seeking a marriage license from her are not having their “rights” infringed because they could go anywhere else to get the license. If the people of Rowan County do not like Kim Davis’ position, they don’t have to re-elect her.

Secondly, it could be argued that her 14th Amendment rights are being infringed upon as well. What? The same amendment that “gives” same-sex couples the right to marry? Yes, that’s the one! The same argument could be applied to her as well. Her “liberty” to honor her religion is being deprived. Again, these same-sex couples could seek a marriage license elsewhere.

Lastly, I will point out that traditionally marriage is an institution accepted by and determined by both history and culture. The issue of gay marriage is something that should be determined by the people, not forced upon so slyly. The Supreme Court does not write the laws, they do not make the laws, they simply interpret the laws. There have been other cases, such as in 1973 concerning abortion, the SCOTUS decided abortion laws were relatively new and that a review of history showed such.

A review of the history of marriage was apparently not taken into account in this situation.

If the American culture, as dictated by the majority of citizenry, wanted to allow same-sex marriage then it should have been taken to the Legislative Branch and a law/amendment written. As it stands, marriage is not mentioned in the Constitution; which is why they had to manipulate the 14th Amendment.

Kim Davis is in jail because she is a conservative Christian who does not tow the line of the anti-Christian movement. Plain and simple.

Lord willing, I will return in Part Three to discuss why the topic of marriage in general, and gay marriage specifically, is such a big deal to Christians. 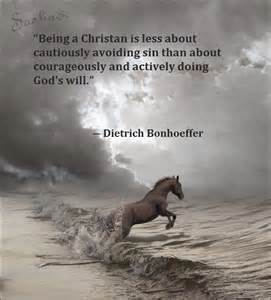