Democratic nominee Hillary Clinton has received more campaign contributions than any other U.S. politician from “individuals who subscribe to the same Islamic supremacism as Khomeini, Bin Laden and ISIS,” reports the Middle East Forum think tank.

Clinton was ranked first on the group’s 2015-2016 “Islamist Money in Politics” list of politicians who have taken money from prominent Islamists with ties to terrorist organizations. 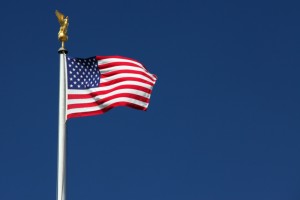 The America of 2016 is not the America in which most of you grew up. In fact, it is hardly recognizable. There is no need to compare the differences, for they have seared most of our hearts and left many feeling angry and confused. Rightly so.

The Republican nominee for President of the United States is pushing the slogan “Make America Great Again”. Many (dare I say millions?) of Americans are fed up with the direction this country has been heading. They see a downward spiral, economically, spiritually and morally. America’s light upon a hill is dimming. They want that light back.

As much as I hate to say it, I’ve got to give it to you straight: We ain’t getting it back! There indeed may be a “revival” and return to old-fashioned values among individuals, but as a whole….this country has a grim future.

No, I’m not just being a Gloomy Gus who has given up.

It is past time we wake up to what is happening around us and for Christians to open up their Bibles and actually study it. Many Christians are aware that we are in the end days. Few actually heed it. What I mean is, few actually live like Jesus could call His Church at any second. There is no sense of urgency to be about our Father’s business. People, including Christians, are more impassioned about the upcoming election than they are about the return of Jesus. I’m getting off topic a bit. Let me redirect my focus to: What exactly IS happening to America?

What is happening is no accident. It may appear she is imploding and part at the seams. Racial rivalry, Islamic terrorism, open immigration, transgender policies, common core (yes, that’s right), increase in drug induced murders, etc. may seem like America is falling apart and doing this to herself. In reality, America is being deliberately destroyed.

And God is allowing it to happen. That is important to remember.

As I stated earlier, many Christians are aware we are the last generation before Christ’s return. They see/hear of the earthquakes, volcanoes, massive fish and bird die-offs, increase in violence and the wars and rumors of wars. They see the increase in satanic activity and decrease of the most basic Christian values. They even see the apostasy that is growing among professing Christians and their churches and how New Age philosophies and practices have seeped in. They are aware of all this, and those with a minimal knowledge of Prophecy know there will be a day when the world is governed by a one world government. This government will be headed by the man of perdition, aka antichrist. There will also be a global religion that will ultimately worship the antichrist, who is indwelt by satan. The Church (Body of Christ, NOT the RCC) are aware of these things.

Yet, American Christians continue to marvel and tsk-tsk at the direction this country has turned. They still cling to the idea if they only keep Hillary out of the highest office in the land, all will be well. They can’t seem to make the connection that the end-time scenarios we see being played out and the demise of America are part of the same package. The New World Order global government and religion will somehow happen outside of America, and if only Trump is elected then we can return to the 1950s.

Granted, Trump may be the better choice. We know what we will get with Hillary and can only hope that Trump doesn’t let us down. That is what many Trump supporters tell me. Again, I say those Christian Americans are  missing the point.

We are in the last days. Jesus will call for His Bride and meet them in the clouds. Sometime after that, the Tribulation Period as recorded in Revelation will begin. A global leader will arise to promise safety and peace. This man will eventually be indwelt by satan himself. A world religion will spread and flourish, once the Bible-thumping extreme fundamental Christians are gone.  These things cannot happen if America remains as it has always been.

There can be no global government if America remains strong and sovereign and set apart from the world. It MUST assimilate into the NWO or be wiped out completely. Got it? I hope so.

Remember, God is Sovereign and nothing happens unless He allows it. Though evil forces are at play, God is still in control and is allowing the forces to do their thing. These evil forces think they are in control and can outwit God. Their every attempt is actually being used by God to fulfill His own Word and plan.

So, what is REALLY happening to America? The stage is being set for the NWO, the global government. If you have been following my blog for awhile, you know there is a small group of powerful people that are actually pulling the strings for all world events. George Soros comes to mind.

The Black Lives Matter movement has strengthened and spread  because of the efforts (read: money) of Soros and others. Ferguson and similar events were made worse because people were actually paid to riot and cause trouble. Plants are placed in these towns to stir up emotions and create chaos. Soros (and I’m certain there are others) donated a minimum of 650,000 dollars to BLM. Inshort, Americans are being played. They are holding a cock-fight and we are the roosters.

“Refugees” are being allowed into the country freely with the full knowledge that there are likely terrorists among them. Obama and cohorts are really not so stupid as to believe Islam is not to blame. They are feeding us a bunch of bull so we will feel guilty for ever having thought such a thing and just simply roll over and let them strip us of our freedom, our reason and our dignity.

Now let’s look at Hillary. There is NO reasonable explanation for that woman to not be in jail. She hasn’t been convicted because the puppeteers still find her useful. That is why she is not only walking free, but running for POTUS!

To understand what is happening in America, as well as around the world (rise is Islamic terrorism, ISIS, Syria, Palestinians vs. Israel, troubles throughout Europe et al), we need to know about the Hegelian Dialectic.

n. an interpretive method in which some assertible proposition (thesis) is necessarily opposed by an equally assertible and apparently contradictory proposition (antithesis), the contradiction being reconciled on a higher level of truth by a third proposition (synthesis).   Free Dictionary

Thesis vs antithesis=synthesis. In the case of the globalists, the synthesis is the New World Order. In the case of satan, the synthesis is the world worshipping him. Although the dialectic is named for and attributed to Georg Hegel (died 1831), it is a satanic philosophy used throughout history. Take two opposing forces (thesis and antithesis)cause conflict and chaos, then step in to bring order to the chaos and achieve set goal (synthesis). Example: Islam vs Christianity (Western values). BLM vs (not otherwise racist) white Americans and/or police officers. Homosexual/transgender movement vs those who hold to traditional values. Esau (Palestine) vs Jacob (Israel). Conservative vs Progressive. The list goes on and on. The end result? Order out of chaos at the implementation of globalism, which heralds in unity and peace.

The Hegelian dialectic plays a key role in bringing about the antichrist government.

If only the roosters would spur their handlers, huh? Still, all of this is happening because we are reaching the end of history as it has always been. There WILL be peace, unity and security on earth someday, but not until the Prince of Peace, Yeshua Hamashiach sets up His kingdom at the end of the tribulation. In the meantime, look up and be watchful, for our Redemption draws near! You do not want to be left behind to face pure evil fully unleashed and God’s impending wrath on a rebellious world! Confess, repent and be baptized while it is easy to do so in America. Die to yourself and cast your burdens upon Yeshua!