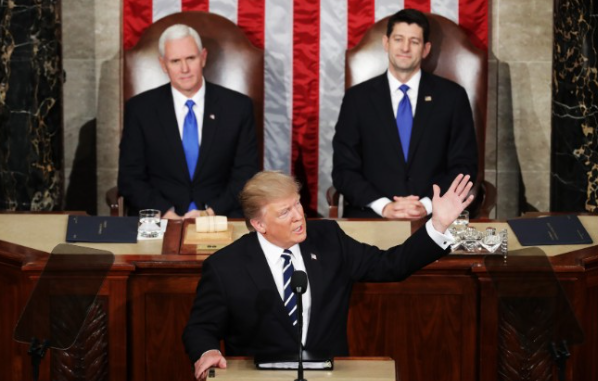 In his first address to a Joint Session of Congress and to the nation since his Inaugural, President Trump focused primary on rebuilding  and reigniting the lackluster American economy and creating millions of new jobs.

But he also devoted important time to his foreign policy and national security goals. Among them: